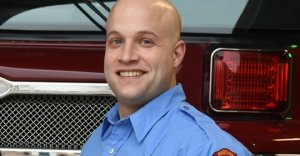 Todd Mahoney was a nine-year veteran of the Madison Fire Department, most recently serving as an apparatus engineer at Fire Station 1 in downtown Madison and occasional chief’s aide for Command Car 31.

He is survived by his wife and three young sons.